After taking a couple of days to myself in order to recuperate from my trip to Spain (though I must admit my overwhelming wanderlust was incurable), I was back in the real world to greet Aisyah whom I visited in Birmingham not long ago. She came over to Colchester as soon as her semester break began. It was nice of her to travel all the way from Birmingham to spend some time with me to make up the geographical distance between us. I wasn’t able to bring her around due to the insane gusts of wind in Colchester. We did sort of fight against the odds by stubbornly going outside to take a walk around my university’s large campus. 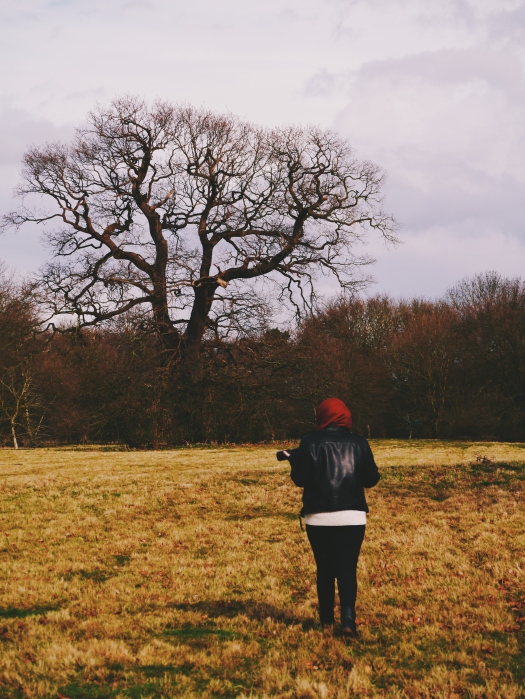 One of the things that I love about its Colchester campus is that it sits on top of hills, making it look like a recreational park. It also has two small lakes next to the library, where its major expansion is currently on-going. For someone like me, who proudly proclaims herself as a countryside girl rather than a city girl, it’s a blessing to have a little getaway on campus whenever I feel cooped up at home or after I’ve had a long day attending lectures and seminars.

Watching the water rippling in the lake and the soft breeze brushing past the willow trees that manicure the sides of the lakes have always managed to calm my nerves as I sip my cup of mocha that I regularly love to take away from the Lakeside Theatre Cafe, a campus-based cafe which has grown to become Hallie’s favourite.

#VSCOcam The afternoon we fought the wind that almost blew us away and endured the hail and rain stinging our faces. Walking with squinty eyes. ❤️

Due to unfortunate timings, Aisyah couldn’t experience my uni life as much as I wanted to show to her since most of the cafes on campus were not operating during semester breaks and a lot of my friends have gone back home.

#VSCOcam Green curry cream spinach sauce on Salmon & Cod with buttery Mashed potatoes. A dish Made by @fifihhasman and I ❤️

However, I’m glad that I could make home-cooked food for her and bring her around Colchester Town and my campus. It reminds of the beauty in the simplicity of life and human relationships that becomes the core of our existence and binds us together as a whole.

Tomorrow, we’ll be travelling to Canterbury together to visit our friends from our sixth form days, Syasya and Mona, and we are both so excited that we can hardly shut our eyes!

One Reply to “Aisyah In Town”

The making of home through artworks and photos.
Coffee aesthetics right there.
I still can’t get over this. Who would’ve thought that salmon, pistachio, blueberries, honey and lavender would go well together?! Such a mind-blowing combo and I’m loving it.
Artworks by my talented friend, @sharifahelena.
The little things that I enjoy: flower-arranging, cooking and film. 💚
All the way from Brunei. Thank you so much for bringing these in for me, @tnc.bn !! Love love love these scents.
Another one that I was drawn to that day.
I always find myself drawn towards alleyways like this one here.
📍La Fez, 907 East Coast Road. It was such a beautifully designed Moroccon style space and their food was amazing and packed with rich flavours and colours!
📍Jln Jamal.
Love the idea of decorating a refurbished bike with plants!
The first of many trips to Joo Chiat area.
Loading Comments...
%d bloggers like this: