I was skeptical about the weather forecast on the night before it snowed the next morning.

For many of my friends in the same year as me, it is an understatement to say that it rarely snows heavily in Colchester. In fact, it doesn’t even snow at all – at least not for a long period of time. But luckily for us who are graduating this year, snow quietly fell over the historic town located in East England, and I presume, as most of the region.

Truth be told, my skepticism didn’t refrain me from setting up an alarm on my phone to wake me up just in time to catch the snow falling from the skies. Even when I was awaken by the blaring sounds of my alarm, I actually forgot about the snow and instead brewed myself my usual cuppa, injected with caffeine to keep me up and alive for the rest of the day.

I was feeling groggy that morning, so I went over to the window in the kitchen to light it up. The blinds were still shut closed, but it was exactly through the blinds where I caught a glimpse of a flurry dancing outside, as if beckoning me to come out of my warm cave.

With wide, anticipating eyes and a swift movement that I could muster with my hand, I pulled up my blinds, and there it was, my neighbourhood covered in a blanket of snow.

I was beyond mesmerised. I was starstruck. 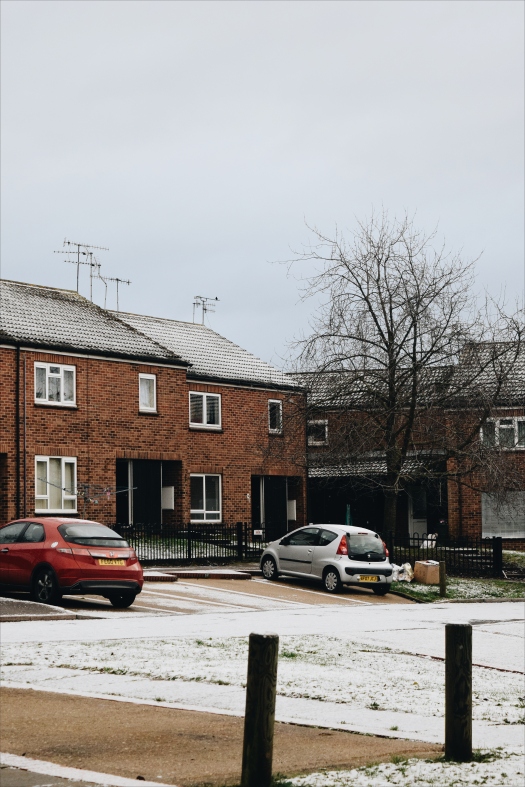 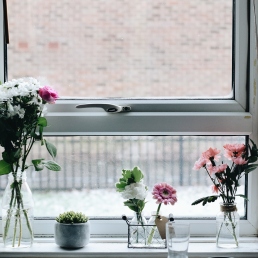 So, I enjoyed my coffee while writing love letters on my typewriter by the window in my room, before quickly getting into warm clothes and venturing out into the cold with my Nikon D5300 in hand.

Although it wasn’t the first time I encountered snow, it certainly was the first time when I could appreciate the snowfall without having to think about going elsewhere. Such was the case when I was in Japan where we had a schedule to follow, and when I was in Seoul where my family and I had other places to visit.

The snowfall may have been shortlived that morning, but it will be forever etched in my mind and through my photos as a wholesome experience that I would love to relive over and over.

2 Replies to “Snow In The Morning”