Top of the morning to you all! I know, I’m quite enthusiastic for someone who got woken up by a group of passers-by on a Monday morning. My flat is on the second floor and my room is facing towards the pavement so I can hear everything that goes on around the building rather clearly and I do mean everything. Well, thank goodness for my morning coffee fix and this indie track that I can’t seem to stop listening to!

Anyway, the real aim of this post is not to digress into my supposedly lovely morning but to share with you all the results of my very first film roll that has been successfully processed and developed just yesterday, all thanks to Boots in Colchester Town. Honestly, I had no idea that Boots even had a photo-printing service at all. I simply thought that Boots was merely a pharmaceutical retailer but after that wonderful discovery considering that it was a Sunday and all of the studios were closed, I was beyond amazed at how convenient the retalier is.

My first experience of getting my roll processed and developed was a bit nerve-wrecking at first. I was thinking about how the photos were going to look like with the ISO and aperture settings that I used which I had merely learned from YouTube videos and guides online, and whether or not each and every one of the photos that I took would perfectly fit in their respective frames. My fears became real but only for some of the photos as the rest turned out way better than I expected, hence I was truly happy even though there were some not so badly defected photos which I could quickly fix on the laptop.

I requested for 6×4″ prints with white borders and scans of the prints on a CD to be done in an hour which costed me £7.99 altogether. If I were willing to wait to collect my photos the next day, it would’ve been £5.99 instead so it’s definitely much cheaper than the other studios that I contemplated of going to earlier. Despite the Boots employee who attended to me and she forgot to put white borders around my photos which meant that I had to wait for another hour (though I only ended up waiting for 15 minutes since she re-printed my photos immediately after I resounded my ‘distress’ of the missing borders for lack of a better word), the service was good nonetheless and the quality of the photos was commendable, so I am definitely going back to drop my film rolls there in the future! Besides, I got refunded for the whole thing.

And now… on with the photos!

Presenting to you my very first photo on an analogue camera:

… yeah, it was an epic fail, I swear. The lighting was scarce and the photo didn’t fit in the film frame as I thought. My worst fears of imperfection and defects all molded perfectly in a single shot. But hey, I tried not to take it hard on myself. It was my fault for being too eager to use the camera that I didn’t change the ISO meter. 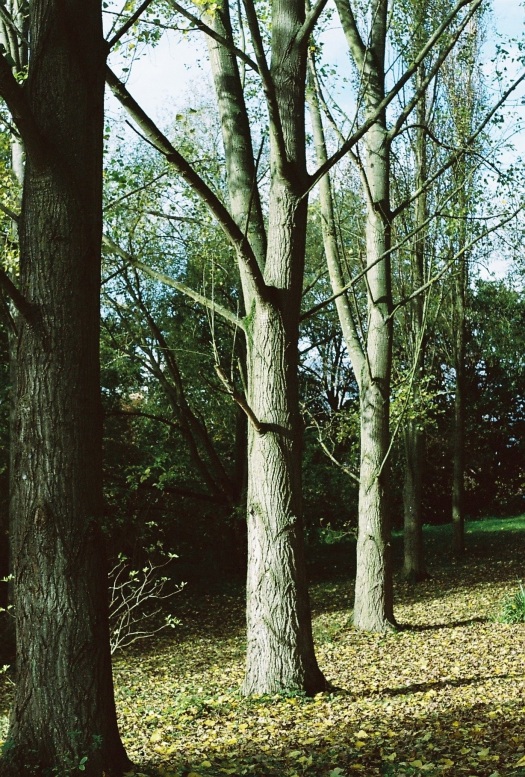 Don’t worry, that’s not all there is to my first roll. There are more photos coming up some time this week and I thought that perhaps it might be better to upload the photos set by set.

Stay tuned and have a good week ahead!

In 2021, I embarked on what felt like a long and arduous journey of healing and growing and it was certainly not one without trials and tribulations.
This is what self-care looks like to me. 🤣 Hope everyone is having a good week so far!
Sunset in Brunei just hits different.
I was going through my film photos from the States and somehow, this photo called out to me.
Yesterday, I found myself stunned by this question, "What are you grateful for?"
Blog updated (link in bio): Inward Motions - A Reflection | For a while, I wanted to spend some time to write and reflect on my growth and self-discovery, but it never happened. But then earlier today, I found myself perched on my desk and the next thing I knew was that I had begun typing away with a cup of tea to fuel me through, all in divine timing.
Some things stay the same.
Here’s to a year of healing.
Last night, Kaleidoscope Studio (@ks.bn) hosted an intimate evening with friends and collaborators at @co.lab_bn. They also launched their pledge pin where for every one sold, KS.BN will plant two trees; one for KS.BN and one on behalf of the buyer. I used to work for Lisa, the founder, as one of her I-Ready interns and I had an amazing time learning more about what we can do as a society to raise awareness on social and environmental issues through arts and creativity. Huge thanks and kudos to KS.BN for such an awesome night!
When the golden hour hits just right.
Lines and shadows.
Throwback to when I had an impromptu shoot with Mu'izz and Ainul who came to visit for Eid. I had always wanted to take photos of them together so when they came through with their stunning outfits, I knew I had to bring them to the rooftop for a quick photo op!
Loading Comments...
%d bloggers like this: